ProColombia - Is Music the New Gastronomy?

The case study discusses ProColombia's award-winning campaign ‘Colombia, Siente el Ritmo' & how music tourism can be a catalyst for destinations.

In April 2019, the #DTTT Team visited ProColombia, the organisation responsible for promoting export, investment and tourism into Colombia. We caught up with Julian Guerrero, Vice-Minister For Tourism of Colombia and former Vice-President of Tourism of ProColombia, on their recent campaign ‘Colombia, Siente el Ritmo’ (Colombia, Feel the Rhythm). In this case study, we will go behind the scenes of this award-winning campaign and discuss why music tourism should be seen as a catalyst for destinations.

In April 2019, the DTTT Team visited ProColombia, the organisation responsible for promoting export, investment and tourism into Colombia. We caught up with Julian Guerrero, Vice-Minister For Tourism of Colombia and former Vice-President of Tourism of ProColombia, on their recent campaign ‘Colombia, Siente el Ritmo’ (Colombia, Feel the Rhythm). In this case study, we will go behind the scenes of this award-winning campaign and discuss why music tourism should be seen as a catalyst for destinations.

Colombia’s tourism industry has long been suffering from the country’s armed conflict. After the signature of the peace treaty in 2016, Colombia has seen a spectacular increase in tourism. In fact, international travels in Colombia have surged to more than 23,2% from 2016 to 2017. Peace has brought new opportunities to Colombia and the country is living a pivotal moment as a tourist destination.

In the destination marketing field, music tourism has never been seen as a primary driver. ProColombia decided to differentiate itself and put music at the core of their promotion’s strategy.

Music can play a key role in building a destination’s brand, expressing the identity and telling the stories of a place. If you have travelled to Colombia, you certainly know how music is such an important part of Colombian’s culture. Colombia breathes music - from salsa in Cali, cumbia or vallenato in the Caribbean or reggaeton - Colombians don’t only ‘listen’ to music, they ‘live’ music. With more than 1,025 different rhythms throughout the country, two cities (Medellin and Bogotá) recognized by UNESCO as part of the Music Creative Cities Network, many worldwide known artists, music was an obvious choice to tap into to showcase the richness and diversity of the country.

Launched in 2018, the campaign which was initially named ‘Colombia, Tierra de la Sabrosura’, includes the production of 13 videos showcasing the country’s main cities. This campaign was made in collaboration with 23 Colombian artists who contributed with their talents for free. You can watch all 13 videos here.

Behind the scenes of the campaign ‘Colombia, Siente el Ritmo’

To make this campaign a success, the team at ProColombia had to overcome some challenges:

To promote their campaign, ProColombia tapped into music media that has not been used traditionally for tourism campaigns. They worked with Spotify, Deezer and Shazam, the mobile app that recognises music. The organisation also used an equaliser for the audience to pick different types of rhythm and find the most appropriate type of music according to their preferences.

You can listen to their playlist on Spotify here.

The campaign not only succeeded in positioning Colombia worldwide, but it also had a very positive impact on bringing music and tourism together. For instance, the organisation has developed music tourism packages and created new trails to drive travellers throughout the country. So, in addition to the offer that Colombia traditionally has, they have created completely new music tourism experiences.

The campaign succeeded in creating an emotional connection with travellers. Concretely, the videos got 170 million views, with a time per view of approximately 1 minute 30 seconds while the global average video gets 5 to 6 seconds views.

In addition to this campaign, ProColombia partnered with UNWTO and Sound Diplomacy to write the first white paper on music and tourism, raising the question of whether music is becoming 'the new gastronomy'.

According to the white paper, ‘Music is the new gastronomy’, music tourism is becoming a key driver for destinations. In 2016, music tourism attracted 823,000 overseas tourists in the UK, supported over 47,000 jobs and generated £4 billion. Portugal and Spain have seen a 500% rise in music festivals since 2014. This partnership also resulted in the creation of a Music Tourism Network, a network for music destinations to share best practices and exchange knowledge.

Is Music the New Gastronomy?

While there is a shift in travel toward experiential travel, destinations should not neglect the power of music. There are a lot of opportunities to gain by exploring the heritage of music, from creating new product opportunities, supporting the brand and its development, shaping content around these new experiences and creating meaningful partnerships. There are many examples of destinations leveraging music and tourism and we’ve selected a few best practices from DMOs who have successfully embraced it:

Brand USA ‘America’s Musical Journey’ depicts the music history in the United States and follows some of the most famous icons and musicians. The DMO used its musical culture to engage with consumers and used a multi-screen strategy, from mobile to a giant screen, to tell their story. This was possible through a strong partnership with MacGillivray Freeman Films, Expedia Group and Air Canada.

For Nashville, music is their brand. While Nashville was suffering from a severe decrease in visitor in 1990s, it has now become one of the trendiest destinations for music. Nashville decided to position themselves as the Music City Brand and built its brand around music, tapping into the legacy of the city, building an event strategy, bringing stakeholders behind the idea and positioning themselves around all kinds of music.

Having joined the UNESCO Creative Cities Network in 2017, Auckland is now going on a journey to develop a sustainable music sector. The City of Music has recently launched the Auckland Music Strategy. You will find below the actions that have been defined within the City of Music framework.

To champion this strategy, a Steering Group gathering the different stakeholders has been set up.

For more information, you can download the Auckland Music Strategy here.

The Stockholm Sounds project has been initiated by the Stockholm Visitors Board in mid 2013. Stockholm Sounds is a mobile app that serves as a niche visitor guide. The app is centred around the theme of music, and is aimed at introducing both famous and rather unknown insider spots within the city. All points of interest that are featured within the app, have in common that they are connected to sound in general and music in Sweden in particular.

For more information, you can watch the Visit Stockholm Case Study here.

Airbnb is constantly disrupting the accommodation sector, showing that today’s visitors increasingly want to travel like a local and have meaningful experiences. As part of Airbnb Experiences, Airbnb launched Airbnb Concerts. Airbnb Concerts bet on intimacy, offering bespoke and exclusive music events in unconventional venues and to a limited number of participants. The unique format of these music experiences is valued by Airbnb at $30 billion.

Your Music Tourism Toolbox - How to create your destination music strategy?

ProColombia’s strategy focused on music has undoubtedly proven to be successful. That’s why we have highlighted the most important steps for every DMO to take into consideration to make music tourism a product in your destination and create a consistent music strategy.

You can read the white paper Music is the new gastronomy to get your full music tourism toolbox.

To conclude, DMOs should harness music tourism as a key driver in their strategy and pick up the tempo quickly. 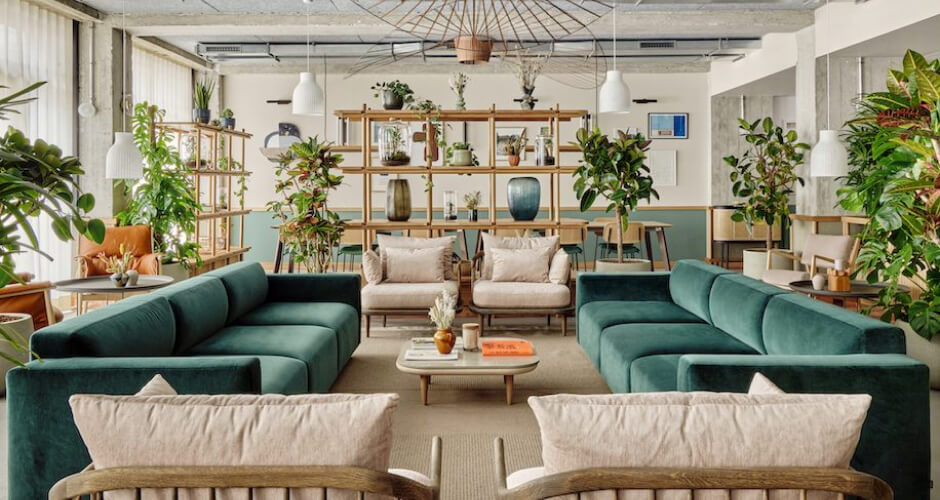 The design-led brand Locke represents one of the worlds leading and fast-growing companies in developing 'Hybrid Hotels' or 'Aparthotels'.
June 23, 2020 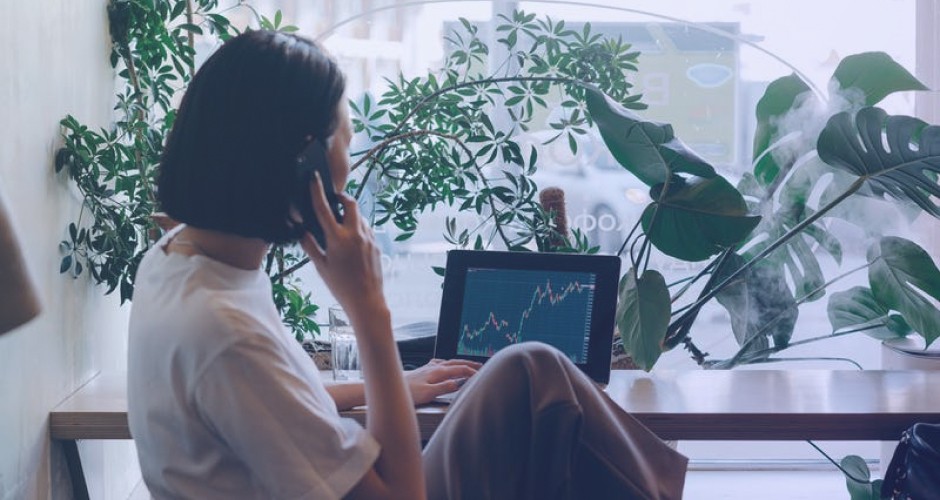 For this keynote, we were joined by Yael Froman Ideses, from Tel Aviv Global and Tourism, to learn about investing in personalised urban experiences.
December 7, 2021 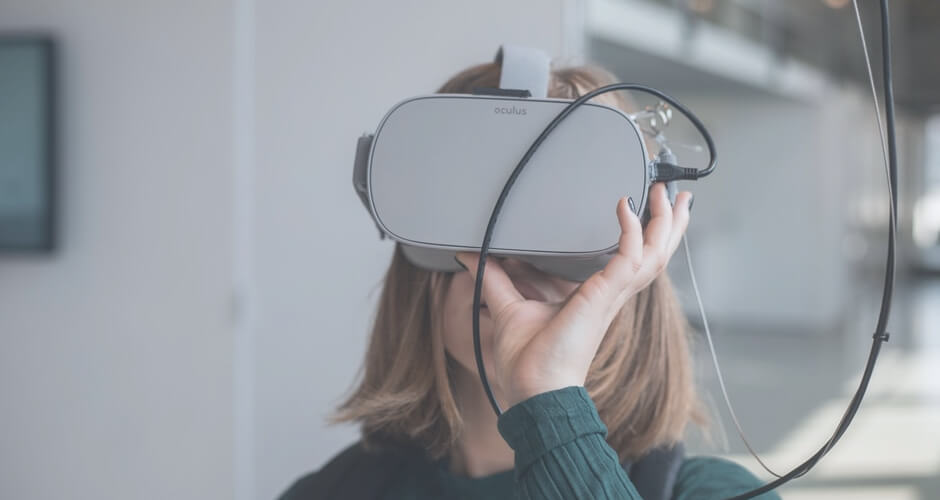 Jonas Rothe, Founder and CEO of TimeRide, joined us at X Design Week for a fireside chat on re-experiencing history with VR time travels.
June 7, 2022