The case study discusses the digital transformation journey of Geneva Tourism as a key driver for the future growth of the organisation.

Geneva Tourism has worked on digital transformation for some time now, considering it as a key driver for the future growth of the organisation. This meant significant changes to the DMO, that have impacted the mindset within the organisation, its digital assets as well as the attitude towards campaigns and the measurement of the overall performance.

Geneva Tourism has worked on digital transformation for some time now, considering it as a key driver for the future growth of the organisation. This meant significant changes to the DMO, that have impacted the mindset within the organisation, its digital assets as well as the attitude towards campaigns and the measurement of the overall performance.

In comparison to many other destinations, Geneva Tourism is not funded by the State or City. This puts them in a quite unique position, having to do the best job possible in promoting the city with their own resources and the ones of their partners. In particular, partners play a key role in funding all of their digital and media activities, for this reason, the DMO has to always ensure a good return on investment for them. While it is important to secure funding, it is even more important for the DMO to drive growth and a high ROI through all their activities.

In this interview, we spoke to Vincent Dubi, Marketing Director at Geneva Tourism to get more insights on what changes the DMO is undergoing and how the focus on campaigns has shifted to something completely different from before. Vincent also shared some unique insights about the development and changes that have taken place throughout 2016 as well as the DMO's plans for 2017, building on their successful campaign approach.

Geneva Tourism underwent quite a few organisational changes over 2016, resulting in a shift in focus for the organisation, that has strengthened their position when working with partners. The overall mission that was given to the DMO was to boost overnight stays in the city and overall sales through digital activities. This resulted in a process that changed the focus of the team and their mindset, particularly of those employees that previously focused on administrative tasks only. While in the past the majority of the efforts have been focused mainly on providing tourist information, it became now critical to focus the attention on new ways to promote the city and create conversion.

Among all, the use of digital tools had the biggest impact on the organisation, enabling the DMO to make a true operational shift. These tools enabled the team to clearly identify their audience and supply them with always relevant content. The main KPI the destination is using to measure the success of their activities is represented by the number of overnight stays in the city, and thanks to the new digital tools they have been adopting, they are now able to measure the direct impacts of their marketing activities on this.

In 2016, Geneva Tourism relaunched their website, shifting the focus from pure inspiration for travellers to now selling specific experiences to target audiences. This was a fundamental step in building a foundation to drive sales directly through Geneva Tourism's website. By introducing a new booking system, consumers are now able to search and book accommodation through the website.

Even if the DMO is aware that the website cannot compete with the big online players in selling accommodations, by focusing on packages, the DMO managed to find its niche in the market, a unique proposition they can use to compete internationally. Geneva Tourism has also revisited the process of working with partners and showing the added value they can bring. While hotels within the city still sell rooms on booking sites such as Booking.com, the DMO now focuses on adding value for consumers by creating unique packages, combining hotel nights with attractions, museums and events in the city.

The new website is available in eight languages (English, French, German, Portuguese, Chinese, Arabic, Spanish and Russian), enabling Geneva Tourism to sell directly to consumers in key markets. The same also applies to their social media content, which is mostly is used to drive attention to the great array of experiences available within the city.

In 2016 Geneva has been nominated among Europe's Leading City Break Destinations at the World Travel Awards, a nomination that inspired a new campaign idea to boost overnight stays within the city. Geneva's campaign needed a 'wow effect' contrasting the perception of the destination as an expensive city, and highlighting the city as a place that had much more to offer than just expensive hotels and restaurants. With this in mind, the DMO created a competition, giving away 1,000 free hotel nights. The competition was a great success, allowing Geneva Tourism to invite over 2,000 people to come and experience the destination.

Geneva Tourism aimed to turn the completion winners into destination ambassadors, leveraging on the huge pr opportunities offered by Instagram. In parallel to that, the DMO has also provided the winners with giveaways (e.g. sunglasses and flip flops) upon their arrival in the city. This approach proved to be a huge PR success, with the destination being featured social feeds and travel news all over the world.

The campaign represented something completely new for the city, being promoted across markets in five different languages (including Chinese). The total number of people joining the competition was more than 65,000, out of these, 1,000 winners could be identified, among which 864 could travel to Geneva bringing someone else with them.

As a result of the campaign, more than half of the winners extended their stay, which was another great benefit for the local hotel industry. For many of the hotels taking part in the initiative, this was also a great opportunity to get exposure to international markets and showcase their unique offer. Many hotels have also tapped into the PR opportunity of engaging with the winners through social media, further amplifying the popularity of the initiative.

During the campaign planning phase, Geneva Tourism organised a range of meetings with the different hotels and carefully considered the best dates for the bookings to happen. Getting everyone on board and ensuring the hotels' commitment meant the planning of the campaign took around 6 months. The DMO prepared special welcome bags and coordinated closely with the hotels during this time. The campaign itself led to a huge media exposure for the city, contributing to an increase in the number of website visitors over the course of 20 days, an increase which was equivalent to the number of visitors the website normally sees during five months.

Already during the campaign, the partners' feedback was really positive. The campaign was a quite unique occasion for the DMO to get all actors on board for the same project, especially as the initiative involved more than 1,000 sources of activation in the city. Gathering all partners and working collaboratively was key to achieve something that could provide a huge value for everyone.

Selling as a Destination

For Geneva Tourism one of the main priorities was to sell products and packages directly through their website. For this, the new website features a booking system that allows users to book not only accommodations but also combined experiences in partnership with local providers. The next step for the city will be to create a widget that these partners could place on their online channels. This joint effort can strengthen Geneva Tourism's efforts to sell such products and packages.

Business intelligence and data are other critical components that help to measure the return on investment within the DMO. By analyzing booking and website visitors data, the DMO has put a big mechanism in place, which will hopefully help them to make the right decisions in the future. Being able to measure and monitor what contributes to the city's success was also a great motivation for the team: they are now able to see investments and their impact, whereas previously there was evidence in knowing what had an impact. This helps them to monitor the impact of their work more closely and learn from changes in the performance.

Despite having heavily invested in business intelligence, the DMO is still at an early stage when it comes to testing it in more detail with campaigns. This, in fact, represents still a huge learning curve for the organisation, especially with regards to structuring all information. However, in the future, the information collected will help the DMO make the right decisions for the marketing and promotion of the city. Having a system in place to gather business intelligence means they can now focus on connecting all the touchpoints and integrating partner data.

While most destinations still work on targeting specific markets, Geneva Tourism decided to focus on targeting segments instead. Particularly, the DMO is targeting the 50+ segment (which they call the 'cool forever') segment, and especially women.

A shift in targeting segments instead of markets required the marketing team to take the time to change and adapt their marketing campaigns. Naturally, this impacted on the planned workflow as the DMO stopped all communication related to market-specific audiences, developing completely new plans related to segments. For the team, this also meant re-assessing the marketing mix per segment, identifying the right distribution channels and content.

The whole DMO underwent a huge change in this process, with all team members having to embrace the direction, embracing the opportunity to re-evaluate content needs, changing and adapting marketing activities and promotions. Now that a solid matrix is in place, it is much easier for all to analyse data and make adaptations based on insights rather than pure assumptions.

1. Geneva Tourism underwent significant changes over the last years, resulting in a shift in mindset and overall approaches to campaigns and how to work with partners. Now that an efficient structure is in place the DMO can focus more on its core marketing activities, evaluating results and improving its digital strategy.

2. By adopting rigorous business intelligence that allows them to measure the impact of their activities, the DMO managed to improve the return on investment of their sales and marketing efforts, contributing to the overall growth of the city as a destination.

3. Having put in place a strong digital strategy, the DMO will be able to improve campaigns, measure impacts more accurately and get insightful customers data that will be extremely useful to take strategic decisions and make future investments a success. 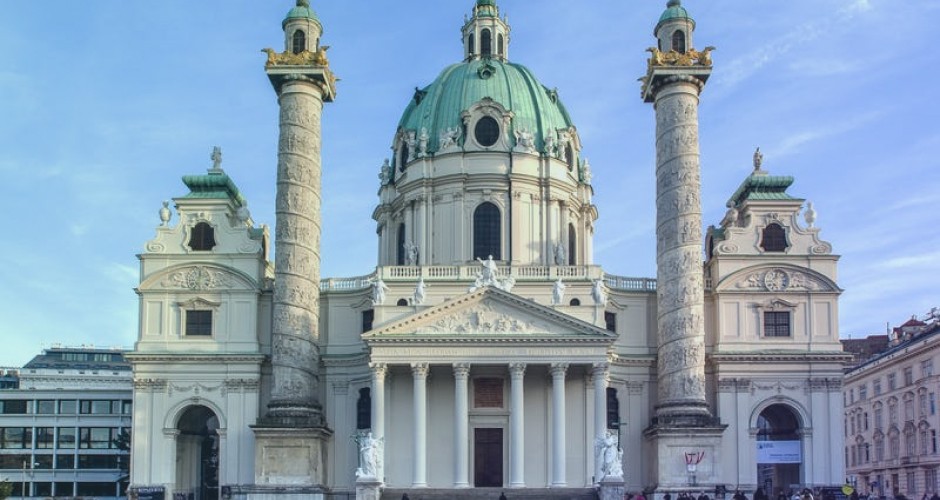 Norbert opens by explaining about the disruption and impact of COVID-19 and explains that they have made the shift from a DMO to a DMMO.
November 11, 2020 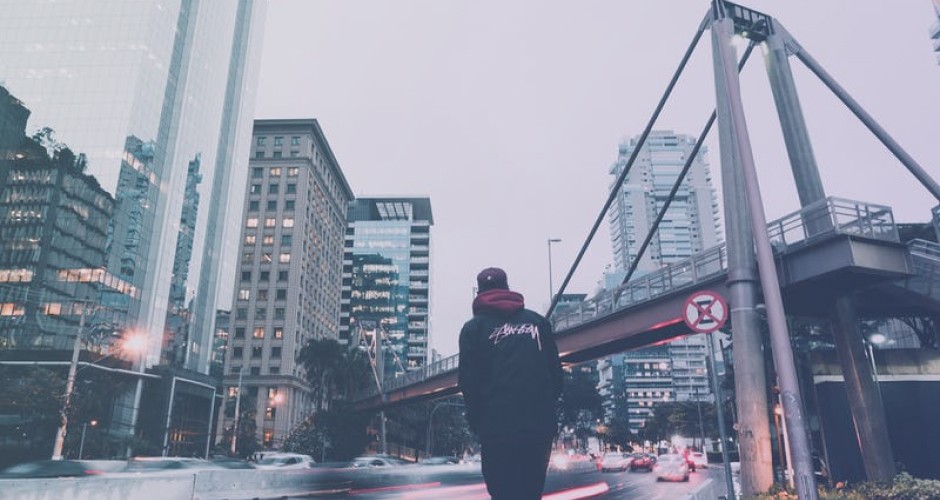 Gideon Maasland, Studio Director at MVRDV brought an 'outside of the industry' perspective to X. Festival by discussing architecture and planning.
December 7, 2021 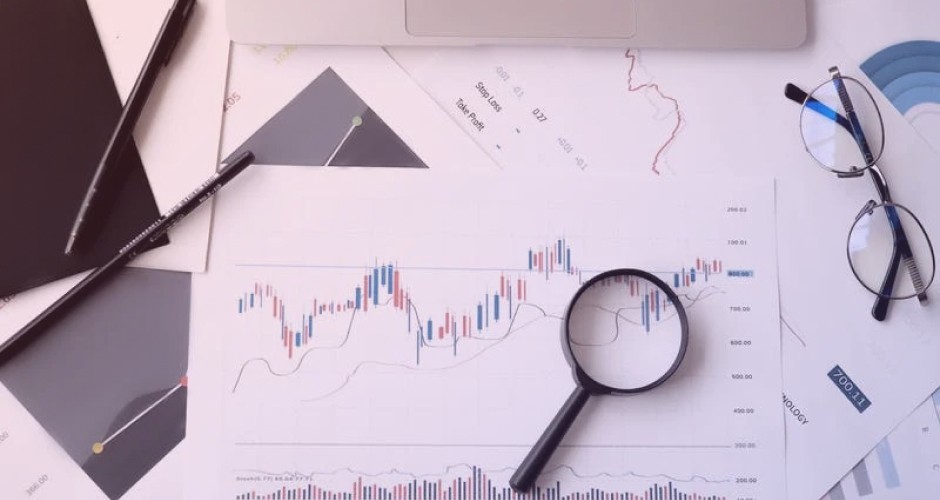 Vicky Smith's own personal experience of visiting a resort in Kenya turned out to be a real eye-opener, what she describes as 'the penny drop moment'.
November 11, 2020