Rebuilding the Pillars of Healthy Tourism

Edmund noticed a common theme from everyone during the pandemic, the reframing of it as an opportunity.

Driving a more sustainable approach for tourism. He talks us through how to use data to draw some methodology behind that goal.

With Jordan, Edmund explains that it is a destination with significant tourism potential, however, due to social-economical delays, it faced a 16% decrease in arrivals in 2016 while the rest of the world saw a significant steady increase, with an incremental 5-6% a year. Over 8 years, Jordan lost 50% of growth compared to other countries.

Edmund noticed a common theme from everyone during the pandemic, the reframing of it as an opportunity. Driving a more sustainable approach for tourism. He talks us through how to use data to draw some methodology behind that goal.

With Jordan, Edmund explains that it is a destination with significant tourism potential, however, due to social-economical delays, it faced a 16% decrease in arrivals in 2016 while the rest of the world saw a significant steady increase, with an incremental 5-6% a year. Over 8 years, Jordan lost 50% of growth compared to other countries.

Edmund visited a town in Jordan, wherein he had met the mayor who was grateful for his visit but expressed his concern in the livelihood of Jordan's tourism industry. With no tourists for years, operators removed this town in particular. The team found that industry occupancy fell by 80%, ticket sales to Petra had fallen by 90%, and more than 200 businesses had closed. Millions of dollars of planned investment were lost. Vogue, Al Jazeera, and The Telegraph are just some of the outlets that made headlines for this crisis.

An initiative Edmund helped develop has three main objectives in recovery and sustainability:

The industry has plenty of similar initiatives, they're good goals. Jordan Dive Show was developed as a way to promote the destination as an urban, rural environment for the capital. 37,000 guests visited the Jordan Food Week in 2018 which earned 1.3 million hits through marketing material online. They made sure to justify investment through every project they conducted.

So what changed? Shockingly, not much. The measures that Edmund and his team set up hadn't helped clarify the impact despite the success. This brings us to Edmund's topic, figuring out what curates healthy tourism.

An equal impact from the pandemic is to be expected. As an example, the Dead Sea is a quintessential landscape destination with attractive 5-star hotels and amiable weather. Over an 8 year period, the Dead Sea performed well with the increase, the outlier being 2015 due to the war with ISIS. This data is odd, given that arrivals were falling. The truth is that the domestic market provided a majority of the destination. The Dead Sea captured the domestic market.

Compare to Petra, an archaeological paradise, with the same 8 year period. Petra saw a collapse from 2012 through 2016. The difference is that Petra depends on international tourists. The conclusion Edmund comes to is that domestic markets cannot be depended on to sustain tourism and travel.

The impact of the pandemic could result in 54% of jobs being at risk for the Dead Sea, however, if the domestic market stays intact, this would not be a problem. Petra, face 90% of jobs at risk due to such a lack of domestic economy. This experience isn't unique to these destinations, these patterns have been found in New Zealand and Australia.

How does every segment characterise itself? Equator Analytics has a system called routes, categorising destinations into four groups:

The graph below represents a variety of destinations, what they provide for tourist's current interests on the left, and the value in each community on the right. This visualises the impact of COVID-19 on the country's various highlight destinations through worldwide restrictions.

The second part of routes is understanding the segments and their impact.

Below is the distribution and the connections between various expenditures and the other businesses it supports for Sun, Sea and Sand tourism destinations.

Compare this to Adventure travel and its economic impact.

From a different scope and perspective, Edmund also provides a look at the Cruise sector of the industry.

Edmund concludes that the recovery of one segment does not necessarily impact others. They can be considered separate and responsibility for each one should be accounted for.

Edmund explains that this is a difficult process, so he visualises it. Each square is a destination, with each dot representing many tourists.

With each year, they decrease. However because of businesses shutting down, the recovery process means that previously spread out tourists begin to crowd the still-existing destinations, mass tourism becomes a problem within this scenario. This is a process of mitigating these scenarios for a longer-lasting sustainable result.

Determine the Value of Resources

There are plenty of studies and reports coming to similar conclusions about resources in the industry, one such quote being:

"From the vast plains of the Masai Mara in Kenya to the delicate corals of the Aldabra atoll in Seychelles, conservation work to protect some of the world's most important ecosystems are facing a crisis following a collapse in ecotourism..."

Conservation in Crisis, The Guardian, May 5 2020

Edmund believes the problem comes from us not valuing resources as we should, and as such, we can't understand the scope of impact we are truly making.

Taking rhinoceros for example. A 1kg horn costs $68,000, to hunt one costs $350,000. He finds it odd that he could find statistics for a dead resource, but not a living one. He believes that there should be a consideration for valuing living resources rather than saying they are simply invaluable.

Compared this to the gas industry. One barrel provides the following:

This information is easily consumable and accessible. We could apply this to tourism and the resources we have access to within the industry. Proof of this concept is that in 2017, Deloitte published that the Great Barrier Reef was worth $60 billion of Australia's economy.

So why aren't we promoting this type of quantifiable information?

Despite every advancement, there is one aspect of development that has seen little to no change. Measuring success. An expectation of change but no way to quantify it.

Edmund provides insight into how to visualise this, categorising what measures need to be combated.

There is a clear common pattern of measuring economic and financial systems, and this restricts measuring success by economic growth. This neglects more complex systems and actively distracts from the idea of sustainability.

We need to put success into individual contexts to act against this, rebuilding with individual values.

1. The future of sustainable travel will hinge on the ability of destinations to develop local systems of data management.

2. Expect an uneven, spread result and consider the circumstances to properly contextualise data.

3. Properly identify the impact that a destination has within its area to mitigate predicted challenges.

4. Consider what value means for your business and what you do to properly qualify your place in the tourism ecosystem.

Edmund Morris is a tourism and economic development expert with experience working in over twenty countries worldwide. 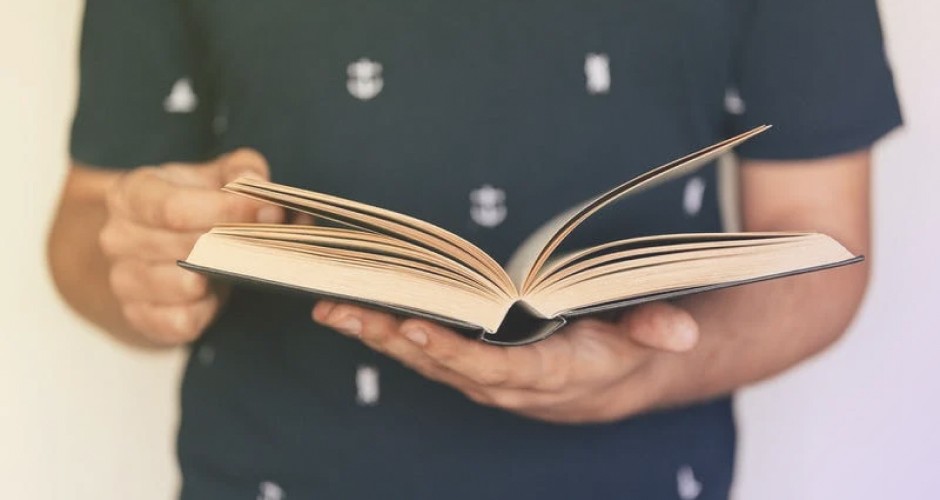 A Branding and Communication Story

Miguel Angel Pérez, from Visit Valencia, presented how a branding and communication story can be successfully developed and transmitted.
December 9, 2021 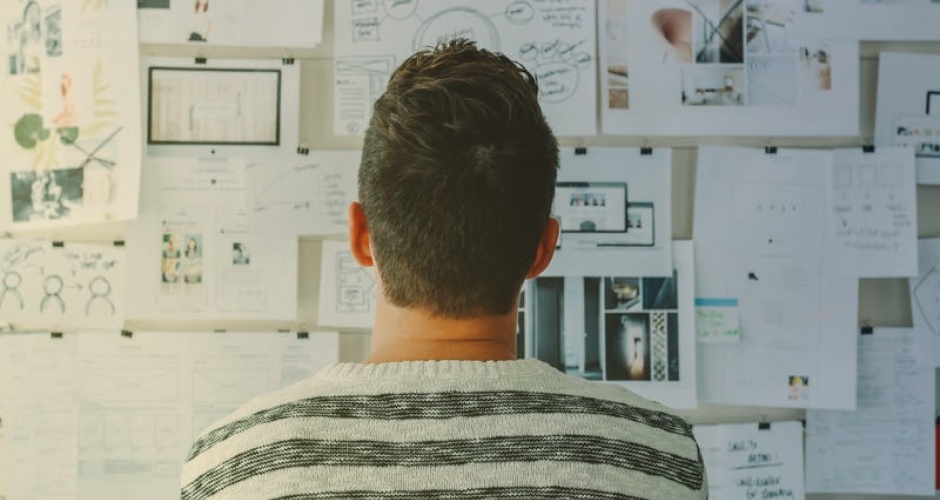 Visit Austurland has been developing its story through co-creation and a strong community-based approach.
December 4, 2019 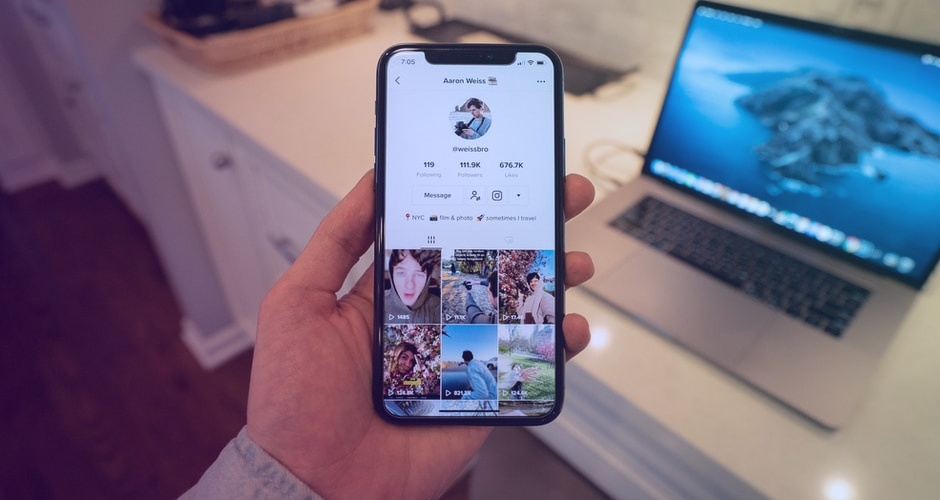 This case study shares the insights from the strategy of Visit California for creating valuable content.