Space Nation - Tourism of the Future

Space Nation has set out to make galactic space travel an attainable and accessible experience for everyone.

The DTTT CEO and DMO expert, Nick Hall caught up with Space Nation’s co-founder, Mazdak Nassir to discuss what the future has in store for intergalactic tourism. Mazdak’s colleague, Katja Presnal, has joined the Digital Tourism Think Tank at our flagship destination marketing event, #DTTT Global, held in Helsinki between 29 – 30 November 2018, as one of our guest speakers.

The DTTT CEO and DMO expert, Nick Hall caught up with Space Nation’s co-founder, Mazdak Nassir to discuss what the future has in store for intergalactic tourism. Mazdak’s colleague, Katja Presnal, has joined the Digital Tourism Think Tank at our flagship destination marketing event, #DTTT Global, held in Helsinki between 29 – 30 November 2018, as one of our guest speakers.

The global event used to be about the coming together of like-minded Destination Marketing Organisations from all over the planet. That was until 2018 when we invited Space Nation in Helsinki, who has presented a completely new perspective. Why? Because as the name suggests, Mazdak’s mission is to bring tourism off the ground and literally "blast it into orbit and among the stars" - we’re talking about space travel here!

The 2018 theme at Global was the 'Future of Travel' and having a speaker from Space Nation seems very fitting, especially when you consider the innovative and forward-thinking attitudes of Helsinki Marketing and how technology is at the forefront of their destination marketing strategies. There was no better time, or place, to discuss space travel.

Looking at Space Nation’s website it’s hard not to be impressed and wowed by the brand - from the clean and tidy design, functional navigation and informative content, you’re already feeling inspired to strap on a jetpack and go boldly where no one has gone before.

Space Nation has set out to make galactic space travel an attainable and accessible experience for everyone. Space Nation’s vision is global, believing in a world without borders and prejudice.

The goal from the very beginning has been to train normal people the necessary skills required to become an astronaut and the eventual aim is to send people into space using the Space Nation training platform and making it attainable for as many people as possible. As an aspiring astronaut, all you need is curiosity, ambition and motivation.

Mazdak rightly points out the exponential growth of smartphones and its importance for Space Nation's training programme. Statista claims that some 3.2 billion people worldwide have smartphones (2019) and it’s a number that grows continuously thanks to contributions from the rapidly growing Asian market. Smartphones are the tool that gets Space Nation’s training in front of the people that want it while being a good way to easily monitor user interaction such as how successfully they complete the designated tasks.

“We didn’t want to make it about training and studying because that’s just boring,” says Mazdak. He also goes on to recognise and praise Finland’s brilliant educational system, most notably 'phenomenon-based learning' which is the art of essentially learning through play. This mode of practice rejects the traditional ‘teaching a subject’ concept, instead opting for a holistic approach, where students are encouraged to explore a concept or idea. In doing so, the theory is that by rejecting traditional methods of teaching and learning, the student is encouraged to develop skills like collaboration, communication, creativity, and critical thinking at their own pace.

The freemium app 'Space Nation Navigator' is available on iOS and Android and free to play with some in-app purchases available. The aim of the game is to train yourself in the three core areas that are vital to becoming a successful astronaut, which are body, mind and social. The activities are fun and encourage play as a way to learn quicker. You don’t need to be an olympian, teamwork is vital and you’ve got to be a logical and creative thinker, skills this app helps you develop and maintain.

Development of the Space Nation App took place in the United States with close collaboration with the space industry. NASA was approached in the early stages, and though Mazdak hints that they were sceptical at first, were eventually won over and have been on board since. It’s worth noting at this point, that Space Nation are not training professional astronauts, this is where they and NASA differ in their individual missions. However, through support and knowledge sharing, they are both working at getting more people among the stars. Space Nation is also overseen and working under the SAA, the Space Act Agreement.

The president of Axiom Space, an American start-up in Texas, Michael Suffredini, previously worked for NASA and oversaw the building of international space stations. His current project is to design the first commercial space station which includes blueprints for a space hotel.

We can’t talk about space travel without the mention of Richard Branson’s Virgin Galactic or Jeff Bezos, the founder and former CEO of Amazon and owner of Blue Origin. There are big players in this young arena and it seems that it’s an industry waiting to be explored.

Is Space the New Internet?

Mazdak cites Bezos, saying that “space is the new internet” and acknowledges that some 20 years ago or so, many would have scoffed at the possibilities and scope of the world wide web, but now it’s a system that has integrated itself into our daily lives, be it commercially, professionally or socially and so on, it’s changed the way we live exponentially.

Space travel and galactic tourism literally present a whole infinity of possibility and opportunity to the people of planet Earth. It’s an industry on the cusp of success, with brands eager to pioneer a wealth new travel experiences.

Is Space the Next Big Destination?

More and more companies are investing in technology that will pave the way for space travel. A name we’ve failed to mention at this point is real-life Tony Stark, Elon Musk and his SpaceX programme. Falcon 9 revolutionised space travel by re-landing on Earth after a trip to orbit, and as such slashed the cost of tourists going into space.

Mazdak demonstrates that if you had to crash a plane in order to land it, much like space rockets, commercial flights would be even more expensive (more so than they can be already). Now that reusable rockets are in our line of sight, normal people now have an even bigger chance of reaching space.

For example, Virgin Galactic and Blue Origin already offer $200 - 250k packages for orbital trips to the space station. While we appreciate that not many ‘normal’ people have a spare couple of hundred thousand for their next vacation, it used to be a lot more in the past. Mazdak notes that less than 10 civilians have taken a trip into orbit and predicts that that figure will be in the millions of people within the next 10-20 years. 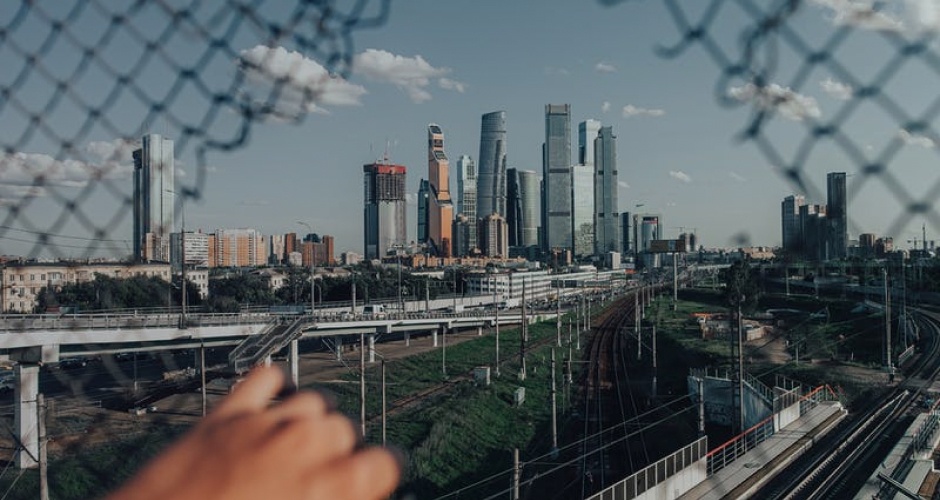 Sustainability is a key issue for the industry as it prepares for recovery.
May 30, 2020 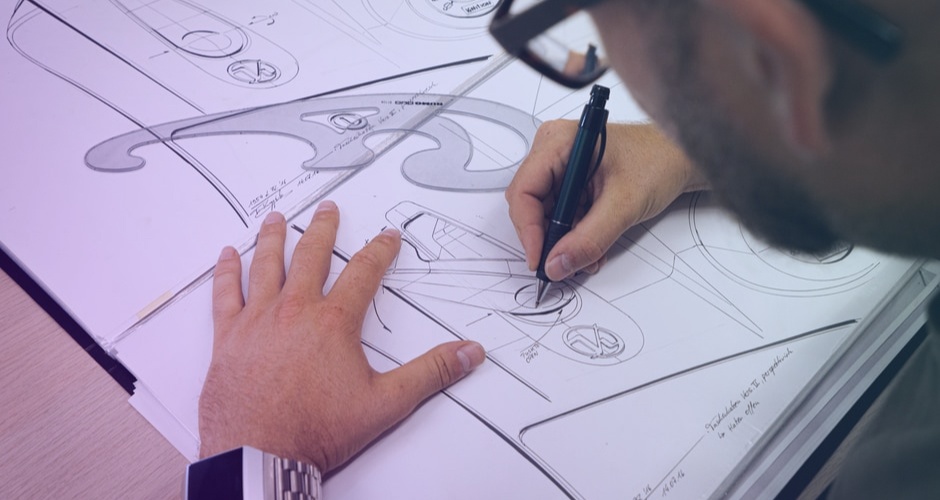 Helsinki Marketing has given itself as a destination a new purpose, adding value to the citywide development, helping Helsinki to thrive and innovate.
November 15, 2020 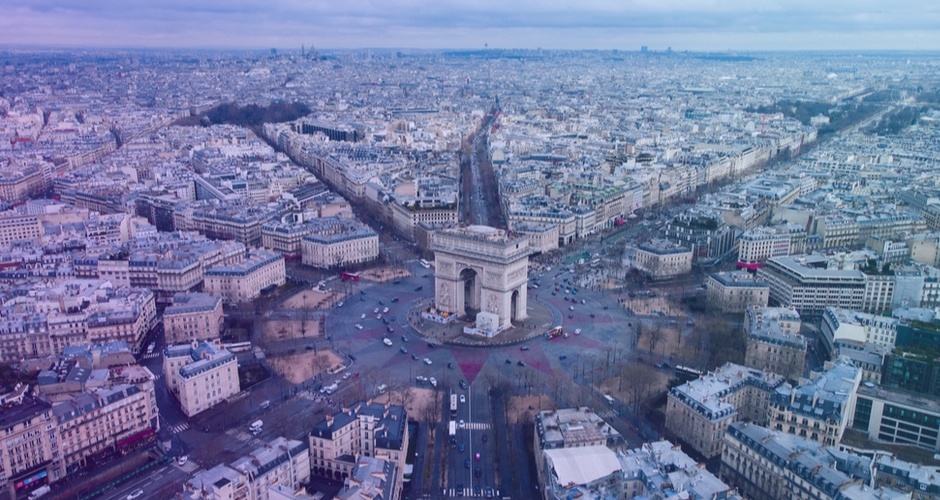 StopOver - The Centralisation of Tourism Agencies in Bogotá

Bogotá Tourism is a great example of a successful collaboration between various tourism players working towards a bigger project of changing the city.
November 16, 2020